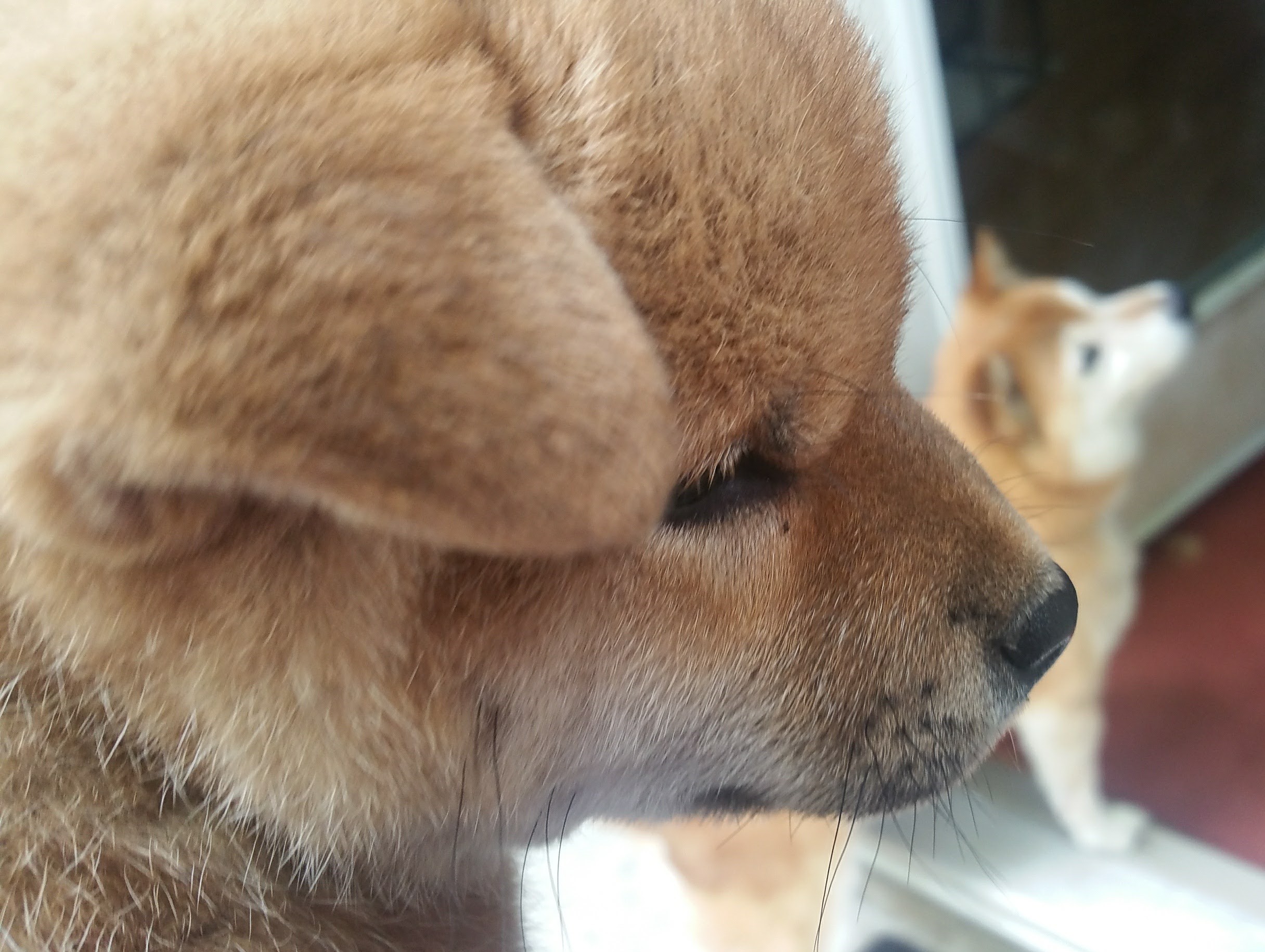 When I look at a lot of I-have-a-problem dog posts, I see a lot of the same themes.

Genetics matter. You can expect your dog to possess certain traits based on its breed or type. How the behavioural changes of puberty and maturity are expressed depends on the dog’s genetic makeup and how the handler chooses to approach it.

I’m against the attitude that insists that with enough socialization and training, you can materially change your dog’s personality.

I’m for the attitude with enough training and socialization and management, you can greatly increase your dog’s successful interactions with society, people, and other dogs.

It’s All In How You Raise Them, According To Their Genetic Propensities

If you have a Shiba, it’s likely that you’re going to end up with a dog who is dog-selective, preferring the opposite sex, not at all inclined to listen to you if there isn’t a pork chop around your neck, who isn’t impressed with people who want to just smoosh dat adowable wittow face, and who is also inclined to be tetchy with nail clipping and ear-cleaning.

Tierce is 13.5 years old. He doesn’t like strange dogs pushing themselves into his space, he is getting less and less comfortable at the vet’s, and he has a checkered history with other dogs. He has had an ‘okay’ recall, but nothing I would try to proof off-leash next to a hamburger stand.

However, he does have a small group of dogs he can run loose around without the scene devolving into a painting by Artemisia Gentileschi. As soon as the needless torture by the vet is finished (his words), he’s perfectly fine with socializing with them (but don’t you reach for that syringe). He’s allowed off-leash in places I’ve deemed least likely for him to cause mayhem (windswept barren plains).

Tierce used to go to the dog park. He now hates other dogs in his face, except for the ones he has personally allowed to live. Tierce has been socialized with all sorts of people. He still isn’t a fan of screaming toddlers. Tierce has been to all sorts of classes. He’s still going to ignore me if he’s off-leash and a rabbit runs by.

Tierce is a Shiba. If I wanted a different kind of dog, I would have gotten some kind of Collie or Lab or Shepherd.

There is a Japanese term called ‘kaizen‘, which is basically the pursuit of constant improvement. When I say ‘genetics will predict personality’, I’m not saying ‘Oh, don’t socialize your Rottweiler, because it’s going to be suspicious and territorial anyway’. And if I ever do, knock me out and carry me to the nearest psychological help.

The point is not to expect behaviour contrary to a dog’s genetics or try to force it to tolerate situations where it is uncomfortable to ‘prove’ it is safe. Training specifically to overcome genetic triggers can also be a useful exercise in self-control and self-redirection.

Making this a lifelong pursuit will keep your dog mentally stimulated, exercised, and a good representative of its breed or type. As your dog matures, frequent practice and new challenges will help shape its maturing outlook on life.