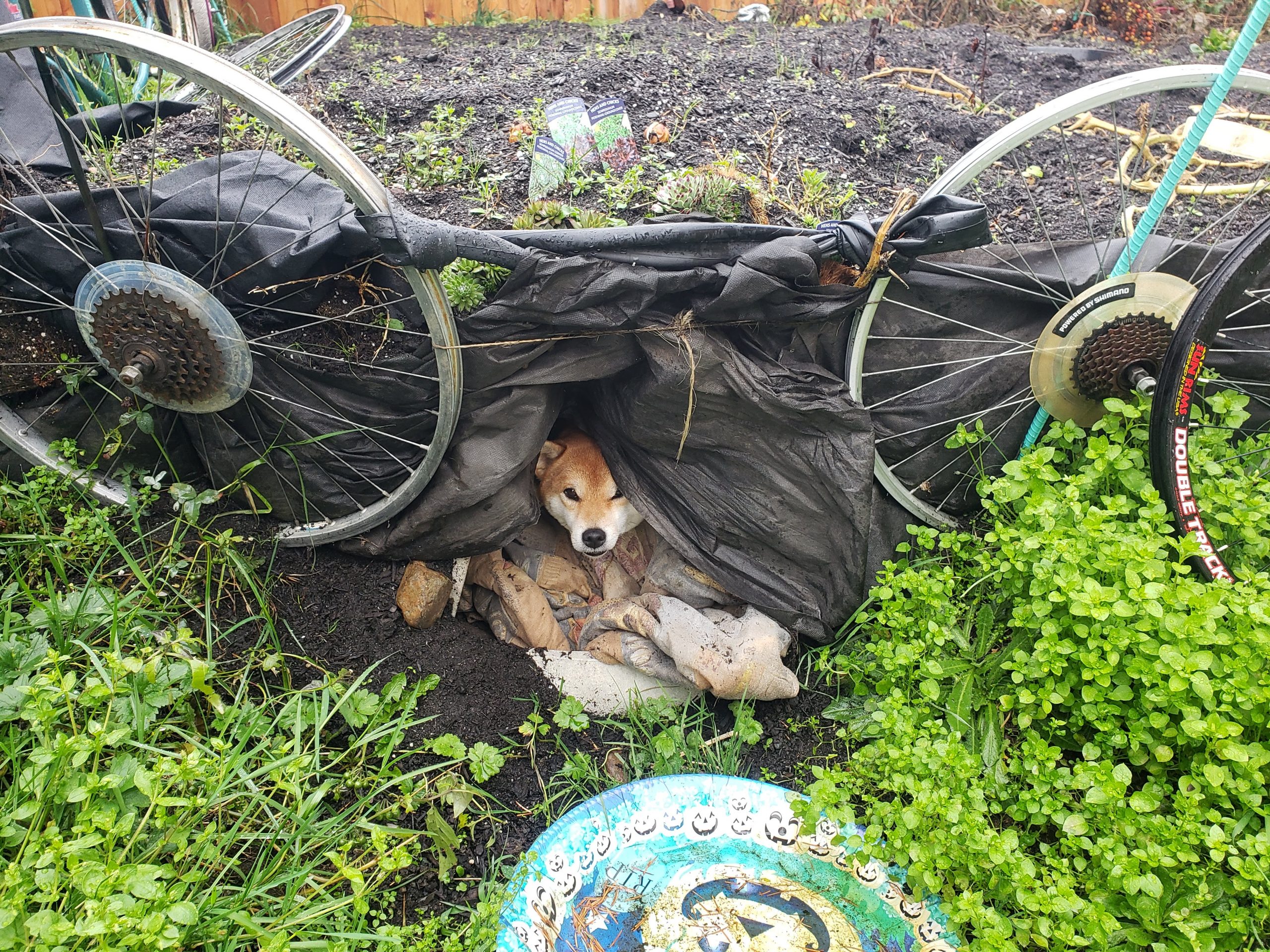 I attended an informational session at the Nanaimo Hospice for a school project.  During the presentation, I had the privilege of talking with a child counsellor who explained that children don’t grieve like adults and, because of that, their grief is sometimes overlooked or misinterpreted.

An article by Stanley Coren in Psychology Today opined that canine grief might be similar.  Children from around two to five don’t understand that death is permanent.  They view death as someone going somewhere else rather than ceasing to be.  Their grief stems from the separation from the loved one rather than the understanding that this separation is permanent.

The counsellor I spoke with also explained that children also experience grief as a different emotional landscape.  An adult may experience grief like a program running in the back of their mind, leading to depression and anxiety.  During periods of intense grief, they can rationalize and control their behaviour.  A child, however, experiences grief as bursts of emotion that they cannot sustain for long and may lack the capacity to rationalize.  Their behaviour may change in response to the stress they are feeling, but they may not be able to articulate their feelings.

Dogs may experience grief like children where, instead of showing prolonged depression, they may evince behaviour changes that don’t appear to have a trigger.  However, is this because they have experienced loss or because they are responding to the behaviour and emotions of the people in the house, who are going through various stages of grief?  Also, dog behaviour seems to show more that they respond to the absence of their loved ones than the concept of death.

Dogs have been known to eat the bodies of their deceased owners, which doesn’t actually reflect on the bond they had with the person.  Dogs don’t share our moral code concerning the eating of the dead.  Also, it may be that once the physical body is dead, it stops smelling and (to the dog) being the person the dog had attachment to.

There are child counsellors for children as young as 2 to help them deal with grief.  Check your local Hospice for information about grief counselling for the loss of a loved one.

For dogs?  It’s harder because not only are they stuck at a human’s age of about two-and-a-half, they will never grow beyond that.  Consequently, you will never be able to make them understand what has actually happened.

What you can do is fill the dog’s time with things that keep them busy and thinking about something else.  If your dog is thinking about chasing a ball, participating in agility, hiking in the woods, etc. etc., it is less likely that they will be thinking about their absent person.  If the dog has been rehomed due to a death in the family, quickly establishing and reinforcing a schedule of walks, food, play, etc. is a good way to create a sense of security.

Also, if you’re reading this because you have a dog affected by a death in the family, it is possible that you have experienced loss as well.  Deal with it – go to a counsellor, talk with friends, write, contact your local Hospice… but deal with it.  It doesn’t always have to be a loved one who passes – even assholes leave a mark on the people whose lives intertwined with them.

Dealing with your grief is as important for the dog as it is for you.  Your behaviour and emotions deeply affect your dog’s daily life.  Also, stuff like this tends to sneak behind you and bite you on the ass when you least expect it.  Encourage the people around you affected by the person’s death to explore their options for processing whatever emotions come up.  You will build a better environment for all of you and the animals that share your lives.